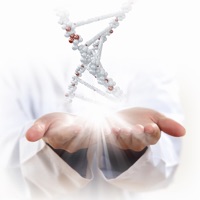 The piecemeal presentation of biology found in most introductory textbooks doesn’t reflect modern thinking about how folks learn, and frankly doesn’t make sense on the face of it. The average textbook starts teaching biology with a summary of all the chemistry that will be needed within the book (despite the fact that some of it [looking at you, pH] won’t appear for another dozen or more chapters, then summarizes all the biomolecules and their roles–a summary of things not yet taught. There must be a better way; read on to see one model using hemoglobin.

(I’m releasing this because it’s pretty dense already, but hope to come back and add more links, info)

Hemoglobin remains a mainstay in upper division courses… and MCAT questions, I’m told. The reasons go well beyond its historical place as one of the first molecules to be structurally ‘solved’ and its contributions to understanding of protein form and function. Most important in my view is the huge number of basic ideas that can be illustrated using hemoglobin.

But there’s more. Everybody breathes; everybody ‘knows’ they have blood, and that it’s red. Sickle cell anemia is a common genetic disease. High-flying birds, underground moles, Tibetans and folks living in Denver have adapted to limiting amounts of oxygen in their environment through paths that lead to hemoglobin. As a molecule, it’s immediate, it’s interesting, and in some ways, it is familiar. What a wonderful foundation on which to hang the ‘ornaments’ of key ideas we’re trying to convey in introductory biology. Following is a brief tour of a few of these key pieces, many of which are explored [or will be :-] in the ‘3D Molecular Investigations’ and ‘Lecture Modules’ portions of the thinkbio.guru website (hemoglobin 3D tutorial/views here)

Hemoglobin: What is a protein?

We tend to divide the teaching of proteins into oddly indigestible chunks. They’re the products of translation. They are ‘enzymes’ that have mystical properties of ‘activation barrier lowering’. The have categories like ‘structural’. They are in places like ‘integral membrane’. They have something to do with ‘regulation’. They can be ‘phosphorylated’. These ideas can be so abstractified that some textbooks cover all this without actually mentioning or examining a single… protein!

Hemoglobin has some advantages. As not-an-enzyme, we don’t need to go into enzyme mechanics and mechanism to ‘understand’ what it does. It provides a binding site for a special molecule (heme) that holds an iron atom that cooperates with the amino acids of hemoglobin to ‘hold’ oxygen. Hemoglobin is a nice example of folding, where it’s primary structure (amino acid sequence) is made of proteins that favor the formation of many alpha helices (secondary structure) that then ‘fold’ into its lovely 3D shape (tertiary structure). From there, 2 pair of different proteins (the alpha and beta glob in proteins) form a 4-unit (tetramer; quaternary structure).

Happily, hemoglobin reflects our ‘rules’ for how proteins like to ‘fold’ in a water environment; there are hydrophobic residues shunned by water on the inside, and many water loving amino acid side chains exposed on the surface. One of the 3D exercises in the ‘Hemoglobin collection’ on this site investigates a single alpha helix and allows students to see for themselves that appropriate side chains face ‘inwards’ or ‘outwards’.

pH often appears in intro bio as an abstract “We gotta teach this somewhere” issue, and can be delivered in a form that’s hard to digest ( “the magic # seven is the negative logarithm of the concentration of protons of pure water”). In hemoglobin, we have a delightful example of a molecule that has evolved to do its job (delivery of oxygen from lungs to tissues) by taking advantage of differences in protons at these two locales.

Because metabolism, CO2 is generated in quantity in the muscles. It dissolves in water to make H2CO3, carbonic acid, and the dissociation of protons lowers pH. Similarly, in a process at least vaguely familiar to many students, incomplete metabolism of sugars in muscle gives rise to… lactic acid. So the environment is doomed to be acidic relative to the lungs… and hemoglobin has evolved such that some key histidines are more likely to be protonated there, and the extra charge shifts the tetramer toward oxygen-releasing conformation.

Note in passing: this is also a wonderful opportunity to talk about the WHYs of twenty amino acids. Histidine is a ‘specialist’ building block, and is commonly found in proteins sensitive to pH because its special property is a pKa of about 7 (in other words, its likelihood of taking on a proton is dependent on pH under physiologically relevant conditions.

Hemoglobin: What amino acids do

Besides the ‘greasy on the inside’ properties seen in the overall folding, hemoglobin has well-characterized interactions present in its oxygen-binding and oxygen-releasing forms.

I’ll keep this one short and sweet. BPG is a highly negatively charged molecule that binds to a pocket on hemoglobin that has exactly the properties you’d expect to welcome such a thing. And by binding, it ‘locks’ hemoglobin into the oxygen-releasing from. Oh–and there are histidines in that binding pocket, rendering it ‘more welcoming’ in the tissues!

I’m going with a list here, because this is already a lengthy essay 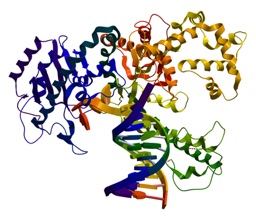 This is another topic that can become abstract and ‘exist in a bubble’. The lac operon is a great example (and I personally favor it as an intro to simple, positive & negative regulation). But what’s it got to do with me?

Your early life is a parade of globin gene regulation

Fetal hemoglobin, rather unsurprisingly given the name, is unique to fetus. FYI, this is why infants don’t suffer from sickle cell anemia–the sickle cell mutation is in the beta gene that replaces fetal globin. It’s also the basis of hydroxyurea treatment of sickle cell disease: hydroxyurea weakens the ‘shut down’ of the fetal hemoglobin gene (which  is achieved through chromatin packing).

Rant: They’re just freshmen–it’s too soon to teach them any thing ‘real’

Really? So the implicit argument must then be “They will understand better if we spend their first year throwing terms at them that they cannot anchor to meanings. They will be grateful when, 2-3 years from now, we start showing them what those terms and isolated ‘factoid bubbles’ were for!”. Nobody learns this way; outside of school, no one approaches new learning in this way. Everything I know about biology I learned WHEN I needed it for my research or to present in my teaching. And this despite having a wonderful graduate education (I’m admittedly particularly slow in this regard). Surely it’s kinder and gentler to present key ideas in the context of something familiar, important, and relevant. And surely building a course around ‘touchstones’–key themes that are returned to for illumination of new branches–makes everything go down easier… and stay down.

4 thoughts on “One ring to rule them all: teaching biology through themes”