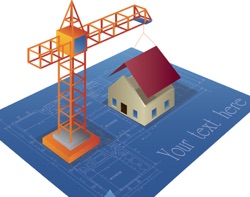 We’ve long since passed the days when a strategy of “Just teach the students everything in the field” even begins to define a good introductory biology (or even specialized biology) course. Alas, this rut has ensnared textbooks; even those that start out nobly slender quickly bulk up to monstrous size. A related problem is the question of  topic order–I think the historical approach (generally all the chemistry, a difficult to comprehend overview, then a firehose of detail) is out of touch with modern thinking about learning. As a way out of the maze, I suggest identifying the Big Ideas, selecting powerful, highly interlinked exemplars (hemoglobin profiled in this role here) and keeping a careful eye on what must come before what. In this post, I’d like to present the ideas of dependency (what must be understood prior to introducing a topic) and foundation (what understandings are enabled once the topic is mastered).

My whipping boy for this post will be pH. This is an absolutely core concept in biology; I doubt anyone would dispute this. Every molecule in a water environment (i.e., the entire contents of cells and organisms) ‘feels’ pH and responds to it. But I challenge you to the following experiment: 1) find the place in the textbook where pH is introduced. If it’s like the one I use (and almost all those I’ve screened), pH is up front with the “everything you’ll want to know about chemistry for the entire semester” section. 2) Identify where in the text the concept of pH becomes important. Maybe this is the hemoglobin section, if present. Maybe it’s during the discussion of how the lysosome actually breaks down proteins, if present. Maybe it’s during the discussion of how things go on in the stomach. Maybe it’s never.

How can this be correct? This doesn’t match the way we prepare for lecture (“I’d better study up on X in case I need it sometime after Spring Break”), it isn’t how we decide what paper to read tonight for our ongoing research project (well, I’m thinking about X, but I’ll read about Y, because two grant cycles from now, that might prove to be relevant!”) or any other form of lasting learning. In everyone’s personal thinking and learning, “what I’ll think about next” is driven by need-to know. I suggest we adopt approaches reminiscent of those involved in Just in Time Teaching–identify when a concept or technique will be an active, useful part of the discussion and choose that as the time for introducing it to students. If there are must-know facts or techniques that don’t arise in this way, let’s reconsider their “must know-ness”, or find topical, engaging ways where those understandings/techniques apply.

Organizing with dependencies and foundations

The benefits to such an approach are apparent–by introducing this material contextually, students automatically have a need-to-know for incorporating it; they will immediately see how an understanding of the tool or topic makes them ‘powerful’ in addressing whatever broader issue is providing context. The topic will be more memorable both because they immediately DID something with it, and because it did not appear as one of an undifferentiated set of “things you’ll need to know someday, but not today.”

By looking at topics from introductory biology on this basis, some aspects of self-assembly take place in an Introductory Biology curriculum. No concept can be introduced until its foundational pieces are in place, and foundational pieces, in turn, should be ‘held’ until they are about to be invoked.

There is a flip side to this arrangement, which I refer to as Foundations. For both good and ill, there are no endpoints in Introductory Biology (or any other field of learning, I suppose). Mechanisms and processes forms a richly interconnected web, each arising from and leading to others. The immediate question upon mastering an idea should be “for what other Big Ideas is the one we just mastered foundational?” More actively phrase: now that we have built this, what can we DO with it? For example…

From these “paths of meaning”, I think logical structures for teaching segments within the semester emerge. Of course, this isn’t a panacea; several folks I work with and I always end up thinking that “everything depends upon everything else”, in which case one just chases one’s tail. However, always being cognizant of “the use to which this idea is going to be put” and “to where can we go now that we have this in hand” often provides a more orderly framework and a better building/learning structure for students.

Thinking about dependencies and foundations has also lead to some less conventional presentations. For the last several years, I’ve adopted a strategy of teaching proteins and translation before DNA and transcription. The argument is that there are fewer dependencies for students who are functionally new to mechanics at the cellular level. Proteins are “the machines that do things” and many cellular have quite useful parallels to machines familiar to students–hemoglobin is a delivery vehicle for oxygen, various pumps and transporters in the cell correspond to similar macroscopic functionalities… So students are ‘ready’ to think and understand these devices, and it is a somewhat gentle transition to get them considering the differences between building a chain-of-self-folding-amino acids machine instead of a constructed-of-metal-by-intelligent-workers machine.

The payoff comes in the proteins can be the foundation for the question “where are the instructions for that, and how do the instruction come to be made manifest?”. The existence of proteins creates a need-to-know that is answered by “molecules of storage and copying”, the nucleic acids, and the means of converting ‘stored information’ to functioning machines (i.e. the process of translation).

A caveat: the goal is not a linear curriculum

Focusing solely on dependencies and foundations could lead to the expectation that an ideal curriculum would be wholly linearized. I think this would be a terrible outcome. As I’ve argued elsewhere, I think students stand the best chance of achieving meaningful, lasting learning if we integrate Big Ideas over and over again–demonstrating that foundational ideas permeate our thinking (e.g. electronegativity lets us think about partial charges, and thus basepairing, hydrophobicity and thus protein folding, etc.), and using central themes to integrate multiple threads (flu/pH here; hemoglobin here). But while weaving the tangled webs that yield student power through familiarity, I think we must always know where each thread comes from and what students are intended to be able to do with it–dependencies and foundations.

An example or two

In order to illustrate the idea graphically, I’ve roughed out the dependencies and foundations for my favorite protein, hemoglobin. Starting with the basic chemistry from which molecular properties arise, I try to show paths to hemoglobin regulation (via histidine’s “special property” of a pKa near physiological pH) and human genetic disease (via amino acid change in hemoglobin, arising from a nucleotide change and giving rise to a hydrophobic vulnerability). I’ve not polished it; the point is that graphical programs such as LucidChart (which I used for hemoglobin) help organize and present the thinking.

“Look, it’s an entire semester!”–a combination chart showing both chains-of-understanding as well as webs-of-themes. This one’s made with Inspiration