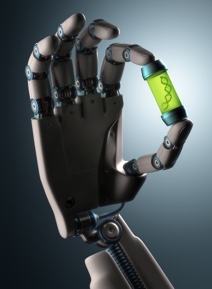 Too often, biology is presented as gathering data and letting it lead us. While this is a valid and important component, there are also many glorious examples where the thinking came first and directed the experimentation. Many of the great experiments in biology came about this way–Meselson and Stahl (semi-conservative replication), Hershey-Chase (the Blender experiment, or ‘who is the genetic material)… and some that are more abstract–Pauling’s proposal of the alpha helix and beta sheet… and a number of Crick’s hypotheses. This post covers his prediction that efficiencies would be achieved in the tRNA pool through wobble pairing: relaxing orientation of the participants in a basepair to allow one base to partner with several others. END_OF_DOCUMENT_TOKEN_TO_BE_REPLACED

A Great Experiment should have several qualities: it should address a Big Question of its time, it should ‘move the ball’ a good ways and be universally seen to do so, it should entail an approach that is insightful and hopefully clever, and should represent a careful foundation of what system and techniques should be employed–or invented. “Mutations affecting segment number and polarity in Drosophila” by Christiane Nüsslein-Volhard and Eric Wieschaus is just such a paper. FYI, the Lasker Award folks and the Nobel Prize selection committee thought so too. It represents a combination of a huge question (where does multicellular form come from given a single-celled start?), brilliant recognition of ideal experimental system (Drosophila combines ancient genetic tools with a ‘body plan’ that is scribed on the surface of the early embryo), invention (I believe) of Drosophila ‘replica plating’ and resulted in a series of mutants that by their existence and phenotypes left us with a clear idea of how the body plan of Drosophila is laid out through sequential gene-expression driven subdivision into smaller regions. END_OF_DOCUMENT_TOKEN_TO_BE_REPLACED

Horace Judson’s “The Eighth Day of Creation” (only available used, to my knowledge, but worth every penny and who cares if your copy is a little tattered) was a foundational book for me in the path that lead to my career. It makes fascinating reading for anyone interested in how science actually takes place–conversations, inspirations, blind alleys, discovery. A brief book review follows.

END_OF_DOCUMENT_TOKEN_TO_BE_REPLACED

While primarily claimed by chemistry (and rightly so, I grudgingly admit), the periodic table is a delightfully clear example of DISCOVERY science and of fundamental importance to an understanding of Biology. I’m creating a distinction here between what I might call ‘fill in the gaps’ science or ‘next steps at the endpoints’ science because I think students are exposed almost exclusively to the latter two. In this usage, discovery science would be discerning a new law or pattern in nature, establishing an ordering principle, or revealing something transcendent. Many of these situations arise because of recognition of ordering patterns; the periodic table is perhaps one of the most clear and readily understood.