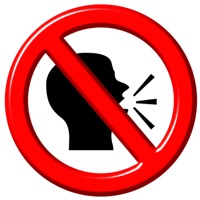 Several years ago, I had the opportunity to shop a concept for an interactive eBook around. While the project failed to overwhelm  the reviewers, I learned something very interesting about why textbooks are so huge. There was essentially universal agreement among instructors that we’re killing ourselves and our students by trying to ‘cover’ a field that has become so vast and simultaneously so deep. So why don’t authors just roll up sleeves and set to work slimming content down? Because textbook sellers must… sell textbooks. If a given text doesn’t offer your favorite experiment, or the thing I love most about plants, or the detail that she thinks is the essence of electron transport then our business goes elsewhere. To be profitable, then, a textbook must be all things to all people–the union of all relevant teaching sets. So we’re all doomed :-). Since I’m currently not successfully selling anything to anybody, I’m free to share my thoughts…

What not to teach in introductory biology seems like it ought to be an exhaustively huge list. Many of us are confronted with students who are still mastering life away from home, who may not have the discipline and study habits that will get them through college, who may have little or no essential background in biology or chemistry, and who are being force-fed the masses of material that our fellow “Introduction to _________” instructors ‘must’ inflict.

How, then, do we find ourselves rushing madly to ‘cover’ topics A-Z, knowing full well that succeeding in getting the words out of our mouths in the presence of our students is an act unrelated to teaching and learning? There are a number of pressures: the expectations of peers teaching upper division courses, (who suffer under their own their own list of ‘coverages’); many students are pointed at careers as health professionals, and thus staring down the barrel of the requisite exams, and who is willing to stand up and say that a given piece of biology isn’t important/interesting/exciting?

That’d be me :-). Well, not really: like most biology teachers, I’ve spent my life learning alongside teaching, and I’m going to die so ignorant of so many cool things that it breaks my heart. Nonetheless, if some lines are not drawn in the sand, students will ‘learn’ that Biology is a tedium of terms and an incomprehensible morass of ‘stuff’. So following are some attempts at a framework for discussion (though as of Jan. 2015, I’ve not braved opening up comments on this blog).

Before digging into details, I think it’s worth pointing out that the conversation requires a context. That’s why I have tagged this post “What’s important about”–what can be left out is defined by what things must not be left out. So we’re again called upon to have an explicit identification of what are foundational concepts at the heart of biology (I’m generally focusing on Molecular/Cellular, as always). I have previously outlined my views on generalities of molecules of the Central Dogma, DNA specifically, ATP, the TCA cycle, and provided the positive ‘should include‘ overview to which this post is the evil twin. Things on my to-do include redox/energetics, techniques, ‘molecular medicine’ and protein folding/function.

Into the lion’s den: what could be left out?

Disclaimer: I’m not claiming anything here is uninteresting, nor that there are not tracks where these are core knowledge. But we cannot prepare all students for all things, and in attempting it, we prepare no one for anything. At some point, it must be the burden of upper division courses to engage in the specialized/detailed investigations that they require and decide what not to teach at the intro level. Our highest task is to equip students with the basic intellectual toolset that will put them in a position to explore and understand in every direction. And I think if we’re realistic, we can admit that that alone is a mountainous task.

Look, my undergrad degree is in Botany. I think this stuff is pretty cool. And if it’s the example one chooses to demonstrate ‘how biological entities solve problems’, then it belongs. But the basics of energetics involved in teaching photosynthesis and respiration are complex and detailed enough that I don’t think these aspects are core.

Continuing my trend of cutting off my nose, my Ph.D. work was in splicing. But are there new principles illustrated here? Operations are performed on a nucleic acid, and the identification of the regions to be operated on is via Watson-Crick basepairing. If students aren’t capable of recognizing this from translation, we have failed them. The covalent steps are performed by bringing about a 3-dimensional geometry (via basic chemistry of favorable interactions). Again, students who have understood our modules on protein folding and enzyme function should be unmoved; if they aren’t, we should be spending more time on those earlier cases. RNA as an enzyme? I actually think the fact of the ‘controversy’ before this was shown is a bit of a black eye for the “this cannot be!” crowd. Enzymes are 3D arrangements of neutral bits, charges and partial charges. RNA forms 3D shapes and contains hydrophobic areas, -NH2, =O, and -PO4– groups (as well as the ability to grab Mg++). So what’s missing if our students understand that all a protein enzyme is is creation of an active site (which is just an obfuscatory term for… a meaningful 3D assemblage of -OH, H+, -O- and hydrophobic groups). Besides, the ribosome has an RNA enzyme quite worthy of awe and discussion.

The detailed machinery of DNA replication

The key concept of DNA is that basepairing is automatic and chemical. The replication machinery is really just along for the ride; its job is to notice that matches have occurred and to help with the covalent chemistry of cementing them. I think it’s far too easy for attempts to explain this gloriously complex process to degenerate into a listing of meaningless terms–helicase, topoisomerase, SSB, lagging strand, ligase, primase… each with a 1-sentence ‘explanation’ of their roles… As an example of how every job in the cell must have an active do-er, I think this can fit. As an exploration into ‘how life works’, I think it is a parts list rather than an explanation, and obscures the fact that (as Watson and Crick observed) upon seeing and understanding the structure of naked DNA, biologists instantly achieved a deep and meaningful understanding of DNA replication and how life works.

Abstract elements of entropy and enzymology

The older I get, the less I understand entropy. Yes, I understand the difference between my room after I have invested great energy in cleaning it up vs. an hour later. But no, I cannot tell you ‘how much more entropy it has’. I can’t tell you that for any two states of any system. Is entropy one of the reasons that ‘breaking’ ATP into ADP + phosphate is favorable? Yes. Is it a great crime if we focus on the separation of the charges on the phosphates? I don’t think so. And I have yet to hear of a biology program that doesn’t have a meaningful Chemistry requirement; I think this is one of those cases where we should “…at least do no harm” and rely on our colleagues to bear a burden that they are better qualified to address.

I feel similarly about ‘activation energies’ and such–at least when they are introduced in the absence of concrete examples [concrete = why ATP breakdown is ‘challenging’ and what an enzyme does about it; lecture materials here]. I think it’s a shame so many textbooks talk about enzymes without pointing out that they are proteins made of amino acids doing immensely explicable things, and instead discuss abstractions about barriers and activations energies without mentioning sidechains, specific substrates, and how the combination of the two ‘makes things happen.’ I’m reasonably comfortable giving concrete examples in the absence of the language and abstractions, but I think the reverse is unsound.

Guessing I’m not going to be drawn and quartered over this one. If we’re going to teach the lac operon, then the fact that lactose and glucose are ‘differently packaged energy’ is important, as is the corollary that lactose requires a specialized ‘nutcracker’ to get inside. Similarly, my beloved ‘origins and molecular detective work on lactase persistence‘ module requires a little bit of insight here. But the three monosaccharides and the 3 disaccharides (that are important to biology…) seems to fall into the ‘my instructor makes me memorize a lot of… stuff’ category more than the ‘I achieved a powerful insight and understand so many things now’ category. As always, use-cases that would make me bend the rule abound. I think the fact that starch and cellulose are sugar polymers differing primarily by the orientation of a single bond (with all its implications for who can and cannot eat wood) is a great example of enzyme specificity and How the World Works and allows wonderful ties to Evo/Eco elements (something I’m working on in a draft for this blog). But mere memorization of names and structural variances of the sugars isn’t going to be dancing in students’ heads a year or two hence, if that’s the reason we’re trying to put them there now.

I figure there’s no point in having a blog if you don’t raise blood pressure sometimes. So: I think the fact that DNA is anti-parallel is not a necessary part of an undergraduate education. Yes, it’s the cause of all that complicated stuff with lagging strands and Okazaki fragments. But the fact that something is complicated, or that students can be tricked on exam questions when not given visual cues reminding them about polarity doesn’t make it right. If we don’t tell them why the strands don’t align parallel nor why we think evolution settled on anti-parallel rather than parallel structures, then how is this essential knowledge? Surely it’s more important to focus on how the bases fit together, why it’s critical that each only have one partner, how chemistry causes mutation…

So, that’s my opening salvo on what not to teach in introductory biology. I hope to be involved in designing a new course in the next year or two; the list will doubtless get longer then. I welcome feedback; currently the mechanism requires tapping the ‘E-mail me’ button above.