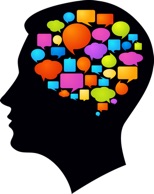 The first year I did classroom teaching, I thought I was ‘The Natural‘–in reading short answers on my most coveted questions, I repeatedly found myself saying “This is perfect. That’s exactly how I would say it!” Then I realized the underlying problem. Their answers were indeed exactly what I would’ve said–because they were exactly what I had said. This is just a piece of a broader problem; when we use words, they’re labels. These labels may pull up ‘folders’ in our minds that are full of rich, wonderful stuff. These same labels may pull up nothing in a student’s mind–so when we look to the labels as our assessment, we’re grading ourselves as triggered by them, not what they actually possess. Or, as the meme put it (I’ve cleaned it up a little):

The three things I learned in college:
1) I am [expletive]
2) Everyone else is [expletive]
3) Mitochondria is the powerhouse of the cell

Our field, like many others, is littered with this kind of thing: “ATP is the energy currency of the cell.” “DNA is the genetic material” “DNA holds information through the specific pairing of the nitrogenous bases”, “Enzymes work by lowering the activation energy required for a reaction to go forward” How can we make sure we’re talking sense, and equally important, that students are making sense of our talking?

Overview: Labels vs. the things they label

I’ve written elsewhere about challenges inherent in any field with specialized vocabulary. In this post, I’d like to put forward some ideas for delivering biology with meaning… by literally talking different (to paraphrase the Apple ad) and requiring students to do so. Foreshadowing: this will be a post of quotes. For an overview, I’ll turn to the Bard, who commented on the outcome when we allow students to merely recite sounds and buzzwords in their answers:

It is a tale
Told by an idiot, full of sound and fury,
Signifying nothing.”
–Shakespeare, Macbeth

Beyond getting all poetic on everybody, I’d like to lead off with some examples. Since I’m criticizing others, I’ll take some potshots at me first.  In my youth, I used to think that “ellemenoh” was a letter of the alphabet bc it went by so fast, and only later realized it was L-M-N-O. Everybody thought I knew the alphabet, because I made the right noises when called upon to recite. But I was missing 4 letters and had a special one all my own.
Another example emerges in common phrases; I’m guessing I’m slow here; even at my age I make regular discoveries such as realizing that a ne’er-do-well isn’t just a sound associated with a down-and-out individual; it’s some one who… never does well. I failed for years to notice that I could tie all sorts of winged things together with one ptera–
Di-ptera: two-winged, a way to distinguish flies from other insects because flies are rather uniquely possessed of only 2 wings
ptera-dactyl: a finger-winged fossilized beastie (as opposed to arm-winged chickens and hand-winged bats) Note in passing: I’ll save for another time the fact that I think we should actually go back in time and teach a very select amount of Latin/Greek to biologists, because a small amount of understanding here efficiently stores and unlocks a LARGE amount of vocabulary that would otherwise each require its own spot.
helicopter (I got that from the inter webs)
Just recently, listening to Doris Kearns Goowin’s ‘Team of Rivals’, it occurred to me that ‘getting sidetracked’ refers to trains getting taken off the main line and being put on a… side track.
My point here is that nonsense (literally–a lack of sense) can hide in plain sight, and that failure of meaning can go in either direction–I can fail to recognize in my own words meanings they blatantly contain (by failing to understand compound or derived words originate in fragments that mix to make them), or I can invest your words with meaning that they don’t actually have (like when you repeat to me your textbook’s statement that ‘the lagging strand polymerase also proceeds in a 5′ to 3’ direction, but because of the antiparallel nature of the two strands of the genetic information, must regularly start again, generating Okazaki fragments.”)

Sounds vs. meaning–what to do?

My overall goal is to present ideas in ways that require students to chew on and digest words–to pause and consider meaning rather than collecting word- or even sound-streams. Similarly, when seeking products from students or measuring their understanding, I think we have to prevent them from reciting memorized snippets and push them to transform on phrasing or example into another.

The thing that astonished him was that cats should have two holes cut in their coat exactly at the place where their eyes are.
—Georg Christoph Lichtenberg

I think the key to ensuring that we are teaching biology with meaning is a combination of choosing our own words to render them noteworthy and constraining our students to synthesize during their assembly of meaning. One way I attempt to achieve this is by purposefully using unexpected, uncommon, or ‘off beat’ images or verbal constructions when presenting ideas. I’m hoping to make folks stop and think “why does he think that phrase fits?” or “can that be a description of the thing I’ve always heard of as ________” or “how can you say that about DNA” (or even “what is he talking about”). Consider: what do you think the average student visualizes when the phrase “information molecule of the cell” passes by in lecture… anything? Other than “I should memorize that phrase for the exam”? I think we can do better with “These structures [a string of nucleotides] that I’m projecting on the screen are instructions for everything that happens in your cells…”

“…the instructions for making a peacock’s tail look like:”

“…the choreography for the mating dances of many species“
“…the sheet music for the songs of birds and insects…”
Concepts, by definition, are those things that survive after your lecture is translated into Swahili. For this reason, I generally work very hard to make folks THINK about the words going by. A recent example from DNA was trying to avoid the phrase “bases interact specifically” or “pair specifically”—these can very easily turn into just sounds going by, not meanings. So I pitched ‘unambiguous matching’ because I assume nobody has ever spoken to them about that capability of the bases, even though it MEANS precisely the same thing, and thus might lead to more meaning if a student takes it apart & rolls it around in their head. There are tons of examples—“energy currency of the cell”, anyone? 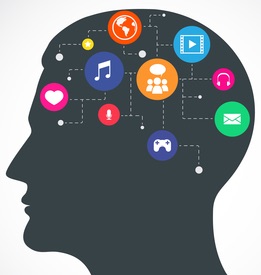 This is really a topic for a whole other blog post, so I’ll leave just a snippet here. The Big Idea is akin to the one behind the VocabuWary tool I created (coming soon in a plug-in free, plays anywhere version!)–if a student has only one way of looking at or thinking about and talking about a process, how can we claim that they understand it? Any discussion of transfer involves movement to another medium or domain. Further, many (most?) great scientific thinkers have done some of their biggest thinking analogically–think Einstein riding on a photon, Darwin comparing Nature-al selection to the selection performed by farmers and pigeon breeders… and likely the way you present any complex conceptual framework to new learners… it’s a means of providing (or identifying) the scaffold onto which they can construct meaning.

[For example, we will explain]…why the turtle goes to the sea after laying its eggs by saying that’s an ‘instinct’…. that’s just a name that feels explanatorily soothing to us… we very often feel like we’ve explained something when we’ve just uttered a magic word to make the puzzle feel like it goes away.
—Prof. Jeffrey Kasser

One place where I think great vigilance is required is on exams, quizzes, etc. where our desire to probe for meaning is in direct conflict with creating assessments that don’t take months to grade. One quick rule of thumb that I’ve developed to distinguish between labels and concepts/processes/mechanisms is the ‘Name of the thing’ test: if a question loses no value or meaning when “What is the name of” is tacked on to the front, then it’s not asking about anything important; it’s asking what we CALL that important thing. Some examples:

“If you can’t explain it simply, you don’t understand it well enough.”
~Albert Einstein

I often encounter challenges with upper division students taking introductory biology courses. Efforts  at delivering biology with meaning conflict with their ‘badges of learning’–accumulated multisyllabic labels that they equate with mastery. One of the explicit goals of the courses I’ve delivered is thinking about molecules as real, physical entities with just a few readily understood properties that give rise to predictable behaviors. This has manifested as a requirement that students walk back their use of labels such as ‘hydrophobic’ or ‘electronegativity’ or ‘polar covalent’ and to speak instead of how a given atom or region ‘feels’ (positive, negative, partially charged, neutral) and why. While many express frustration at being handcuffed by this requirement, careful observation by our teaching team suggests that many of our young emperors and empresses actually lack clothing. By requiring them to eschew labels for concrete ‘meaning-full’ explanations, we place both ourselves and our students in a position to actually assay understanding… and also require them to pick up mental tools that are directly useful in mental manipulations as opposed to containers that may not have anything in them. Of course, the terms are valid and important; I’ve always allowed students to use any term they wish–once they’ve offered a meaningful explanation of it (note I don’t say definition here, as those are too often unexamined collections of other people’s words)

“See that bird?” [my father] says. “It’s a Spencer’s warbler.” (I knew he didn’t know the real name.) “Well, in Italian, it’s a Chutto Lapittida. In Portuguese, it’s a Bom da Peida. In Chinese it’s a Chung-long-tah, and in Japanese, it’s a Katano Tekeda . You can know the name of that bird in all the languages of the world, but when you’re finished, you’ll know absolutely nothing about the bird. You’ll only know about humans in different places, and what they call the bird. So let’s look at the bird and see what it’s doing–that’s what counts.” (I learned very early the difference between knowing the name of something and knowing something.)
—Richard Feynman, What do you care what other people think?

One of the hardest things to to is to teach students things they already ‘know’–to get beyond their lovely trees and consider the awesome forest they represent. Frankly, it’s much easier to memorize details and names than it is to grasp concepts, purpose, and mechanism. This is one of the goals of thinkBio’s InfoFlow: Protein (credit here also goes to many folks who’ve given feedback and inspiration) software exploration. While everybody ‘knows’ biology’s Central Dogma, most disastrously stated as “DNA makes RNA makes Protein” or trivialized as “DNA <=> RNA => Protein”, there are a lot of deep ideas embedded in there; again there is a tension between delivering biology with meaning and tossing trivialities to the sharks. Consider:

Not all of these are addressed in the InfoFlow simulation, but many of the broad concepts are, partly by packaging all of it in an analogy to an heirloom book of recipes (precious DNA copy, all of which is duplicated for a son or daughter), a quick copy of one page (hand-written note used for a single recipe to be made that day), and the wholly transformed version (a sandwich made from the instructions found in the book). The goal here is to give new learners a conceptual framework on which to hang the myriad details-of-implementation found in cells, and to pull advanced students out of the details and up to a higher-order examination of Big Ideas.